My nephew lost both of his parents a little over two months ago. My sister, brother-in-law, and cousin all passed away in a car accident on the night of June 4th-morning of Jun 5th (June 5th being my 8th anniversary with my wife).

My wife and I were on vacation with our daughter (three and a half years old). We woke up on June 5th (several days into our vacation), excited to continue traveling down the eastern United States (we live in New York). My wife had a text message from my dad, asking her to call him when she got the chance.

Weird. Why didn’t I get a text? Why didn’t he include any silly emojis? He never sends a message without including some sort of silly, ridiculous emoji.

Sarah, my wife, made the call.

I immediately thought of two people: my mom and Dustin, my nephew.

Dustin is a rare kid. Sure, he’s on his phone a lot and plays a lot of video games. You know what? I’m on my phone a lot. When I was his age (14), I played a TON of video games. Yeah, this was before online gaming, but that didn’t stop me from playing Mario 64, Soul Calibur, Splinter Cell, Turok, Crazy Taxi, and any of the other amazing games from the 90s and early 2000s.

Dustin and I also have this in common: we are shy and keep to ourselves for the most part.

Dustin, however, is vastly different from me in one regard: he is a stellar student and always has been. He is driven to learn, loves logic puzzles like Sudoku and Rubik’s Cube. One of the first things he asked about after the accident: “Who’s gonna take me to my exams the next couple of weeks?” Within a couple of days after the accident, we talked about college. He wants to eventually go to school for cyber security.

I say all this because my mom set up a go fund me for him. He has a lot of potential, and any help you can provide toward helping him along the way…would be very much appreciated. I know that he will do well, regardless. Still, every little bit helps. Even if all you can do is pray or offer whatever spiritual/emotional support you can, that would be greatly appreciated as well. 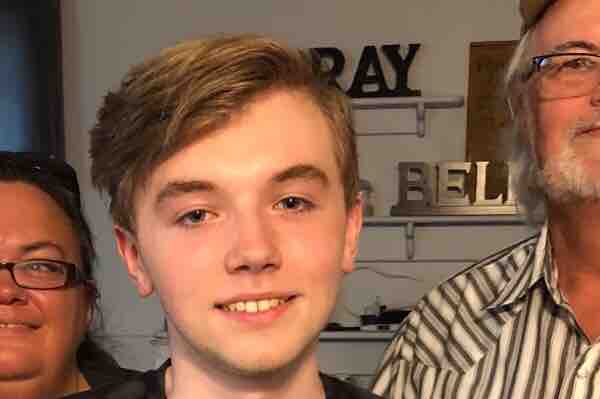 I hope to provide intellectual/spiritual stimulation. Any and all feedback (positive, negative, and neutral) is encouraged and welcome. There is a large community of us here at WordPress who love to learn. Best case scenario: we all learn from each other. Thank you for sacrificing your time for my heart and mind. I will do my best to return the favor. God bless. View all posts by Christian Thomas Golden

The Time Between Moments

The God Who Loves

Eternal Creation: a Haiku for Lilly

Above all the World

An observation of one’s prayer life

He sets eternity in our hearts, but we cannot fathom it